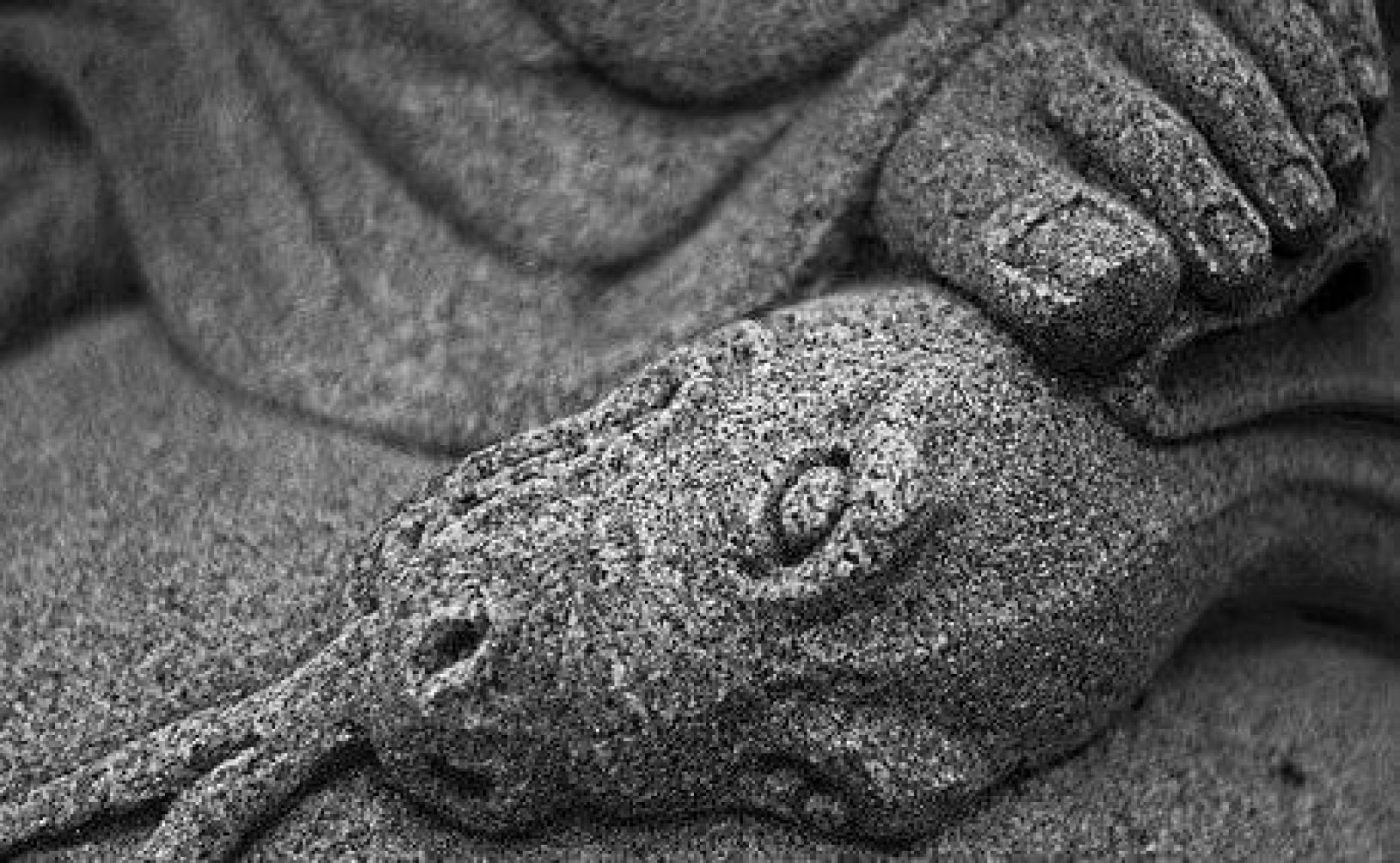 Listen to Drew read this article:

The first three chapters of Genesis lay the foundation for the rest of the unfolding of Scripture.  It is only right to expect, therefore, that this theological foundation of God’s glory in salvation through judgment, if it is indeed central to the Bible, will be evident on its pages, and not merely evident, but serving as the thematic seed from which the rest of the Scriptures sprout and grow, branching out into various other themes of varying degrees of importance.

The Baptist Confession of Faith of 1689, in its chapter on creation, states that the reason God created was to manifest his glory.

In the beginning it pleased God the Father, Son and Holy Spirit, for the manifestation of the glory of his eternal power, wisdom and goodness, to create or make the world, and all things therein, whether visible or invisible, in the space of six days, and all very good.[1]

Let’s see how this glory of God is manifested in the creation narrative (Gen. 1-2) and the introduction to the Covenant of Grace (Gen. 3).

First, the power, wisdom, and kingship of God is made manifest through his creative activity and his interactions with creation.  God merely speaks and that which was not, is; creatio ex nihilo (creation out of nothing).  The steps taken in the creation, with day 1 pairing with day 4, day 2 pairing with day 5, and day 3 pairing with day 6 demonstrate that God is a God of order.  The distinct purpose of the created order, such as plants and fruit yielding seed after their kind (1:11-12) so as to continually provide food for man and animals, or “the lights in the expanse of the heavens to separate the day from the night” and to serve “for signs and for seasons, and for days and years” (1:14), communicates to us the wisdom and knowledge of God.  Solomon likewise reflects on this knowledge and wisdom of God in creation, “The LORD by wisdom founded the earth; by understanding he established the heavens; by his knowledge the deeps broke open, and the clouds drop down the dew” (Prov. 3:19-20).  David writes, “The heavens declare the glory of God, and the sky above proclaims his handiwork.” (Ps. 19:1; cf. Ps. 104:24; 136:5; Rom. 1:20).

We likewise see God’s kingship over creation, not only by His commanding word, “Let there be…” and so it is, but also in the blessings he pronounces over the animals (1:22), over man (1:28), and over the seventh day (2:3).  We again see his kingship demonstrated when he places man in the garden of Eden and commissions him to work and keep the land (2:15).  We see his kingship in the commanding of man not to eat from the tree of the knowledge of good and evil (2:16-17).  God’s glory is manifested in a marvelous way through his creative activity and the way in which he interacts with his creation.

Second, setting apart a day of worship is evidence of God’s worthiness (Gen. 2:3).  The use of “blessed” and “sanctified” to refer to the seventh day, the day of rest, is a consecrating act of God that involves a rest for man so that man may think on, be thankful for, and worship the one, true God (cf. Ex. 20:8-11; 31:12-17).  The creative activities of God call us to ascribe glory, honor, and power to him (Rev. 4:11).  It is this hallowing of the seventh day that served as the basis of the sabbath day under the Old Covenant, and he refers to it as “my holy day” and promises blessing to those who observe it according to his word (Isa. 58:13-14).

Third, God’s glory is seen in the crown of his creation – man made in his image and likeness (1:26-27; 2:7).  It is also seen in the mission given to this image-bearer to be fruitful and multiply, to have dominion over the animals, to name the animals, and to work and keep the land (1:28; 2:8-9, 15, 19-20).  It is actually believed that God’s creation served as a kind of cosmic temple wherein his holy presence dwelt, and it was Adam’s mission to spread the glory of God throughout the earth by multiplying and subduing the earth.  James M. Hamilton, Jr. comments:

The description of the garden of Eden is echoed in the descriptions of the tabernacle and the temple, leading to the conclusion that Genesis 2 presents creation as a cosmic temple, a holy dwelling place of God.  The charge to Adam to fill the earth and subdue it (Gen. 1:28) is a priestly charge to expand the borders of Eden so that God’s habitable dwelling will be the whole earth.  Thus, the glory of Yahweh will cover the earth as the waters cover the sea (Num. 14:21; Isa. 6:3; 11:9; Hab. 214).  The language used to describe Adam’s ‘working and keeping’ the garden (Gen. 2:15) is used elsewhere in the Pentateuch to describe the priests’ ‘working and keeping’ the tabernacle [Num. 3:7-8; 8:26; 18:5-6].  And this language is used for no other purpose.  The significant tree in the midst of the garden is matched by the lampstand, with its branches and almond blossoms, in the tabernacle.  The cherubim woven into the wall hangings and overshadowing the ark are reminiscent of the bearer of the flaming sword, guarding the entrance to the garden.[2]

Upon reading the first two chapters of Genesis, we may be wondering, “What has happened?”  The world in which we live today does not resemble this marvelous, God-glorifying paradise we just read about.  How was this paradise lost?  To answer this question, we must now turn our attention to Genesis 3 where we learn about the fall of man into sin and misery.  At the same time, we discover clearly this theological foundation of God’s glory in salvation through judgment.

I feel that an entire book could be written on this chapter of Genesis alone.  No matter what I say, I cannot do justice to this text in a few pages, but I must be concise.  Knowing this full well, I must at least attempt to capture the critical points as they pertain to our subject at hand.

Upon being deceived by the crafty serpent, Satan, with the temptations paralleling what the apostle John describes in 1 John 2:15-17 (desires of the flesh, of the eyes, and of possessions), Eve takes of the fruit from the tree of the knowledge of good and evil and greedily eats.  She gives to her husband, Adam, and he eats.  Both of their eyes are now open and they realize that they are naked (3:1-7).  Whereas Adam and Eve had once fellowshipped with God in the garden, now they run and hide from the presence of the Lord in fear (v. 8, 10).  One of the most startling questions in all of Scripture is put forth by God to the man: “Where are you?” (v. 9).  We must not think that God was ignorant of the actual whereabouts of Adam and Eve.  As God says elsewhere, “Can a man hide himself in secret places so that I cannot see him? declares the LORD.  Do I not fill heaven and earth? declares the LORD” (Jer. 23:24).  No, this question is meant to communicate to us the separation that now exists due to sin (Isa. 59:2; Ps. 5:4).  The fellowship that once existed between God and man in the blessed abode of the garden is lost.  Immediately we see the effects of the fall – they play the blame game.  Adam blames Eve and Eve blames the serpent (vv. 12-13).

The main section of our consideration is now before us – judgments pronounced and a promise of salvation given (3:14-21).  The serpent is cursed above all the animals (v. 14).  Verse 15 is the critical pronouncement.  Enmity now exists between the offspring of the serpent and the offspring of the woman.  The seed or offspring of the woman will bruise the head of the serpent (salvation), but in the process his heel will be bruised (through judgment).  In the end, God will be glorified.[3]  The rest of the Scriptures play out this struggle between the two offspring.  It is properly recognized that the offspring of the serpent refers to the wicked and the offspring of the woman refers to the righteous – God’s people.  We see this, for example, with Cain vs. Abel, Esau vs. Jacob, and Pharaoh/Egypt vs. Israel.[4] Of course, there is an ultimate fulfillment of this prophecy, with Jesus finally crushing the head of Satan, thereby destroying him who has the power of death, and delivering his people from the fear of death (Heb. 2:14-17; cf. Col. 1:13-14; 2:13-15).[5] On this theme of salvation through judgment, Hamilton remarks:

The justice of God is put on display as he judges the serpent.  The mercy of God is demonstrated as he announces—from no compulsion or constraint—a future salvation that humanity has neither merited nor requested.  God freely declares that the seed of the woman will crush the head of the seed of the serpent, and in this salvation that comes through judgment—judgment that results from the human transgression and promises final justice on the evil of the serpent—comes the first picture of free mercy in the Bible….  Salvation comes through judgment, and God makes known his character in justice and mercy.  His justice is as exacting as his mercy is surprising.[6]

There is one other place in this passage where God’s judgment and salvation are evidenced.  In verse 21, it reads, “And the LORD God made for Adam and for his wife garments of skins and clothed them.”  Here we have a temporal “salvific” remedy for Adam and Eve’s sin.  Their nakedness is covered by the skins of animals.  The judgment is seen in the lives of the animals that were required for the provision of the clothes.  The salvation is seen in God’s covering Adam and Eve’s nakedness.  While the text does not say what kind of animals were sacrificed, I think it’s safe to say that they were lambs, of course foreshadowing Jesus Christ, the Lamb of God who takes away the sins of the world (Jn. 1:29).

So, we have seen how this theme of God’s glory in salvation through judgment radiates from the first three chapters of Genesis which serves as the foundation of the whole Bible.  The salvation through judgment in chapter 3 is the seed form of what will ultimately grow into a fully blossomed history of the redemption story, centered on and culminating in Jesus Christ.

[5] This is not a ransom paid to Satan theory of the atonement.  This is Jesus destroying the works of Satan by triumphing over him through the cross, taking the punishment of sin upon himself in the place of his people.